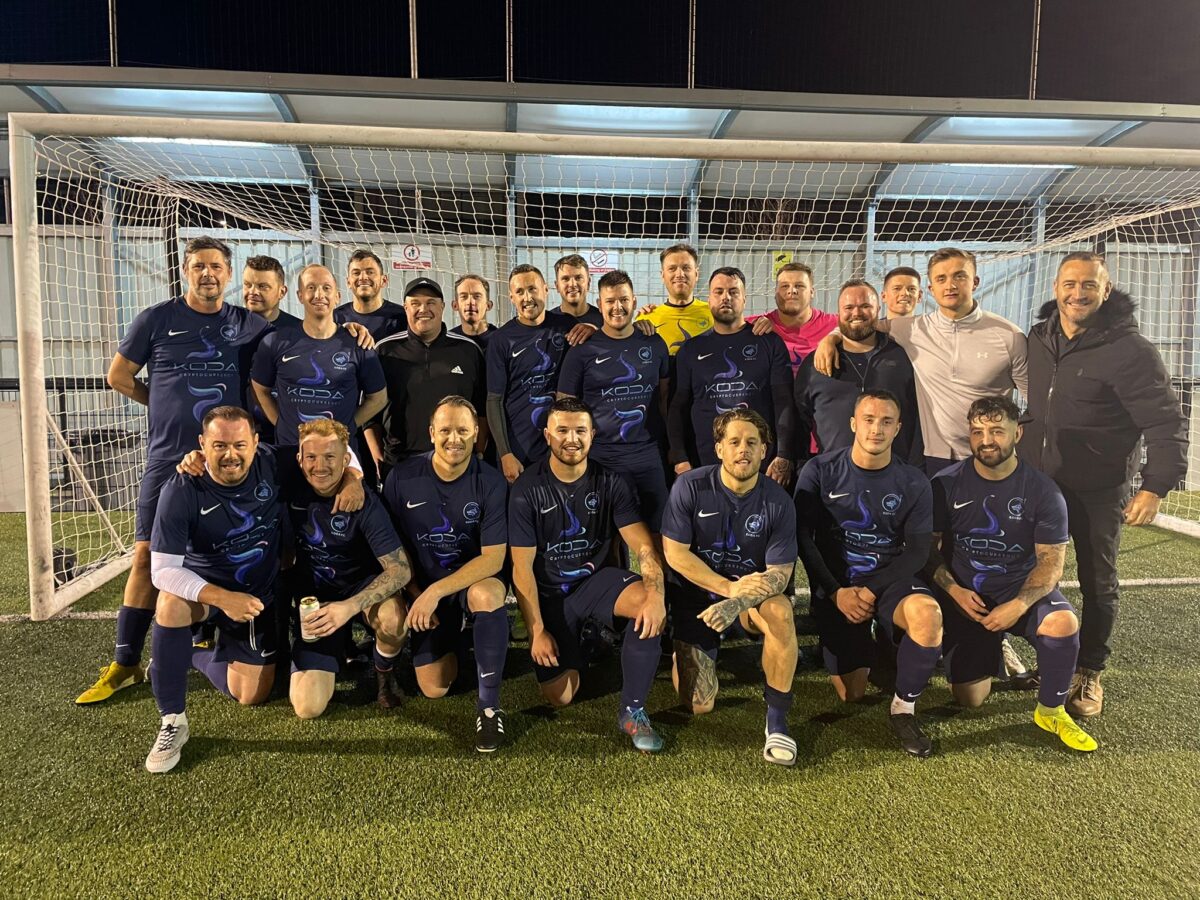 The ‘Koda Allstars’ team, captained by Koda CEO James Gale, included TV stars Danny Dyer and Will Mellor as well as ex Reading and Aston Villa player Nicky Shorey where they eventually lost out to Slough Town Legends 6-3 in a highly competitive game.

Over £4,000 was raised on the day from ticket sales and the various stalls on show while there was plenty of entertainment for the kids with a half-time game of ‘score against Santa’ competition and a chance to meet Santa at the Xmas grotto laid out by the organisers.

Children with Cancer was chosen by the Koda Cryptocurrency community as the charity of choice with over 56.4% of the votes is an amazing cause that invests in childhood cancer research that would otherwise go unfunded. Only around 2% of cancer research funding in the UK is spent on

If you missed out this time then don’t worry, we will be holding another fun filled day in summer 2022.