Koda Cryptocurrency featured in The Times! How a pest control firm bred a new crypto currency 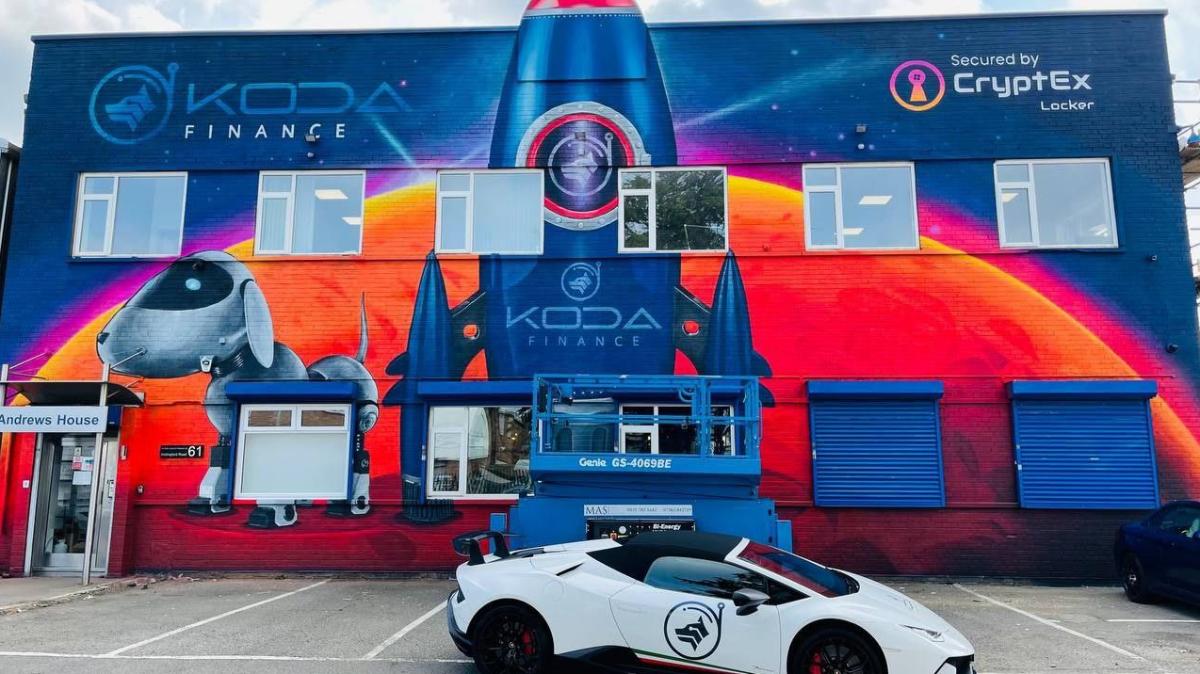 The road from clearing wasp nests to creating a new crypto currency is less travelled, but one that James Gale is striding confidently down.

The entrepreneur from Uxbridge, west London, has spent the past 11 years since studying business at university in Leeds building his pest control businesses into a “£9 to £10 million” venture that employs almost 150 people.

They could now run it with minimal input from him, he said. So to fill his spare time, after he has parked his white Lamborghini Huracán Evo, he has created his own crypto currency.

The currency, or token, is called Koda. Gale said that 7,000 people already had some in their digital wallets. He is also building an exchange for investors and software to make it easier for businesses to take payments at a fraction of the typical credit card transaction costs. The venture, called Summit Better Crypto, already employs 45 people, all based at Gale’s recently redecorated head office.

One of his two pest control firms, JG Pest Control, offers customers a 10 per cent discount if they pay in Koda, or some of the better-known currencies such as Bitcoin, Ethereum and Doge, all of which have fallen in value since May. A few businesses are in the vanguard and offer their services for Koda, including Highlands Electrical Services. A local Uxbridge pub landlord pays his staff’s monthly bonus in the tokens.

Gale, 33, said his interest in technology and marketing was the link between catching mice and mining virtual coins. “From the outside, you may say he has set up pest control and now he’s doing crypto and that is so different. But in terms of what I am doing — managing a business, marketing and software development — those are my three core skills and they are transferable.”

A wheeler-dealer at school “selling sweets and Pokémon cards”, while working in catering at university he was unimpressed by his pay packet. A friend had landed a job for the council clearing wasp nests that paid well and were short days so Gale tried it too. The summer job was the inspiration for him to set up on his own account, using about £10,000 left over from the sale of a car he had bought to take up a post-university job he realised he did not want.

Initially it was wasps, which are seasonal, but mice and rats are now the mainstay, with bed bugs a lucrative side line. “We can do ten to fifteen bed bug jobs a day at £700 to £1,500 a job,” he said. Covid-19 has been kind to pest control. With people locked in their homes for much of the year, more have noticed that they are not alone. Revenues are up about 50 per cent on pre-pandemic levels, he added.

A young upstart in an old man’s trade, he turned to new techniques to raise the profile of his fledgling business. “I was one of the first pest control companies to make the jump from Yellow Pages to Google advertising. It was a bit of an aging industry and I was 22 years old and tech-orientated.

“I built our first website while I was at university and I was always involved in the marketing, SEO and paid marketing on Google. It was the right way to go. Most companies of our size would have an agency doing it for them but I did it all myself. The advantage of that is I knew exactly what we wanted,” he said.

A few years ago the business needed to upgrade its management software and wanted more functionality to provide customers with better information on when its teams would arrive on jobs. “I was looking for a company to come in and build it but couldn’t find anyone. I threw loads of money and time at it. It was really stressful as one year we went from 30 people to 100 people and our management systems were not coping. So I decided to do it myself.

“From 2017, 90 per cent of my working time has been developing the software. It runs all of the technicians’ devices and the office so we have total control and it does exactly what I want, to my vision.”

When he reached the end of this project he knew he would have time on his hands. “I started to trade in crypto currency. I got hooked in . . . and fell in love with it. It’s a very tech industry, all around developers, which is what I have been doing all these years. It’s a different language that you are using, but I’ve taught myself how to create a crypto currency.”

Next up is the release of a sister token to Koda, called Kapex, which Gale said would act as cash to enable more low-fee transactions, while Koda is designed to be held as an investment.

Then he has his sights on the west coast of America to expand both his pest control and crypto ventures.

Interested in finding out more? reach out to the team today at info@koda.finance.